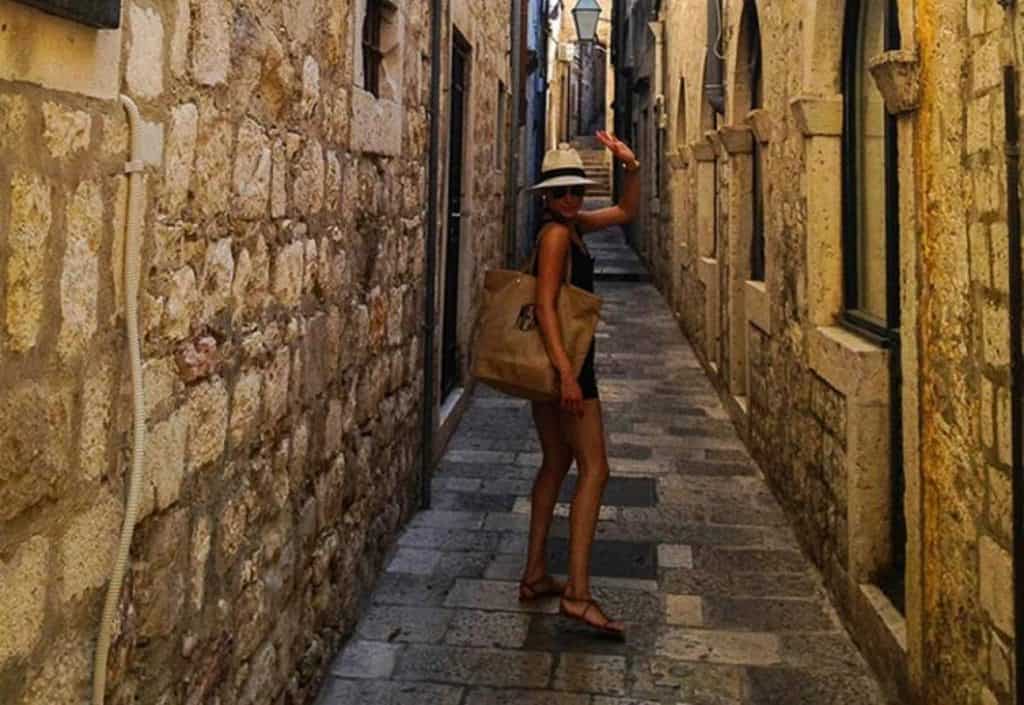 In July 2014, Meghan Markle spent a few beautiful days on the Croatian
coast. Here is what she wrote.

A tour of Croatian Adriatic coast is worth every kuna, starting from
medieval Dubrovnik, whose architecture and history will take your breath
away, to Korčula, Vis and Hvar. You will enjoy what the Dalmatian coast
has to offer: spectacular wines, fresh seafood, beautiful nature and
picturesque rocks, a little bit of nightlife and, of course, the sea. –
This is how then Hollywood actress and now British royal Meghan Markle
wrote about her visit to Croatia, reports 24sata.hr

In addition to Stradun and the town walls, it seems that Meghan was
particularly impressed with the food in Dubrovnik. “Remember, Italy is
Croatia’s neighbour, and you do feel that in the food. If you are
looking for something more low key (and very authentic) for dinner,
order the squid ink risotto and wash it down with a glass of Plavac Mali
(a full-bodied Croatian red wine),” wrote Meghan.

After Dubrovnik, she visited Korčula, which she called a “one-night
destination” due to the size of the island. In addition to restaurants,
she also recommended visiting the Bishop’s Palace from the 18th century.
She also mentioned the walking tour of the town of Korčula, which she
described as full of stone houses and surrounded by medieval walls. She
added that Marco Polo was apparently born nearby.

If you want to go on a path less-traveled and visit a little bit less
developed Adriatic paradise, go to the island of Vis. The island was a
military zone before 1992, so it was not opened for tourists, wrote
Meghan. “Be prepared to pull your luggage on stone streets. Nothing on
this island is glamorous, which I like”, she wrote. “If you are
ambitious, head with a bicycle to the hilly roads towards the Stončica
Beach. I was exhausted and thrilled when I ordered a cold beer and
sardines in the tavern and then jumped into the beautiful sea. If you
have rented a car, you are lucky. If you came by bike, try to charm the
taxi driver to let you put the bike in the trunk, as I managed to do
when returning to the hotel,” wrote Markle.

At the end of her tour, she visited Hvar. “Talk about a change of pace
when you get to Hvar, where yachts line the harbour, and ladies who wear
high heels with their bikinis frolic about. And perhaps that is the
beauty of Hvar, you can have it all, as I did,” wrote Meghan. She spent
her days there on a wine tour, sunbathing on popular beaches, having
dinner at restaurants and partying in famous beach clubs.

Interestingly, Prince Harry visited Hvar in 2011, and the video of him
dancing in a nightclub became a viral hit.